There’s always that one person out of your number of Facebook friends that has something stupid, negative, or sarcastic to say. Honestly, I’d prefer those type of people say nothing at all. But then again, posting stuff and not expecting a comment is a personal mistake. If you don’t want anything commented about it, then just don’t post it at all. Usually they’re harmless comments, but most of the time, I can’t help but feel annoyed. Is it really necessary to post something that you clearly could have kept in your head? Sometimes people don’t really know how to project their humor via cyberspace, but at the same time others don’t know how to perceive context. How the hell can we read context through the internet anyways? That makes the internet such a downer. Some people don’t realize that what they say can cause another person to think about what they just said or cause some type of reaction. Word of advice: just shut the fuck up. I honestly don’t want to have to deal with the stupidity. Bitchy? Oh well, get over it. 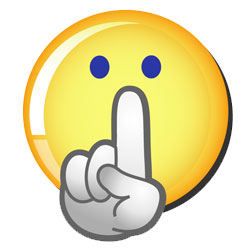 Not only through internet is it difficult to read context, but texting. I seriously HATE texting conversations. I’ll do it, if it’s not a big topic or non-planning type of convo, but I really hate trying to get a point across through texting. It does nothing for me, but eventually irritate me. More and more people are afraid of actually calling a person up. It ain’t that hard. Sometimes I miss the days where a phone call was all we had to get in touch with someone and we used to be genuinely interested in what the other person is doing or how they are doing. Now, technology advancement has allowed people to know where they are and know what they’re doing at any time of day. If anyone has noticed, I do not use the “Places I check into” feature on Facebook because I honestly don’t want people to know where I am all the time and have that address. I feel like it makes me feel super vulnerable, not that I have anything to hide. There’s no such thing as privacy online anymore.

What type of things annoy you in the social media atmosphere?